Autonomous vehicles could make congestion worse in cities, according to leading transport designer Paul Priestman, who claims that personal transport needs to be rethought as it’s “just not efficient any more”.

The designer has called for a radical rethink of how people move around in built-up areas, saying: “This has to be reevaluated. It doesn’t work as it currently is.”

Potential solutions to overcrowding on urban roads in future include using drones for both deliveries and human transportation; making greater use of rivers; and developing virtual transport solutions so people don’t need to travel at all, according to Priestman.

But Priestman said that driverless cars could make the situation worse.

“There’s a lot of talk about autonomous vehicles, but my view is that until they all start communicating seamlessly together, you’re just going to get traffic jams full of autonomous vehicles with nobody in them as they go to pick up other people,” he said. “It’s going to exacerbate the situation rather than improve it.”

Instead, driverless transport solutions will have to take to the sky, Priestman said. “Above us there’s lots of space, and I think that’s where autonomous drones do have a real future.” 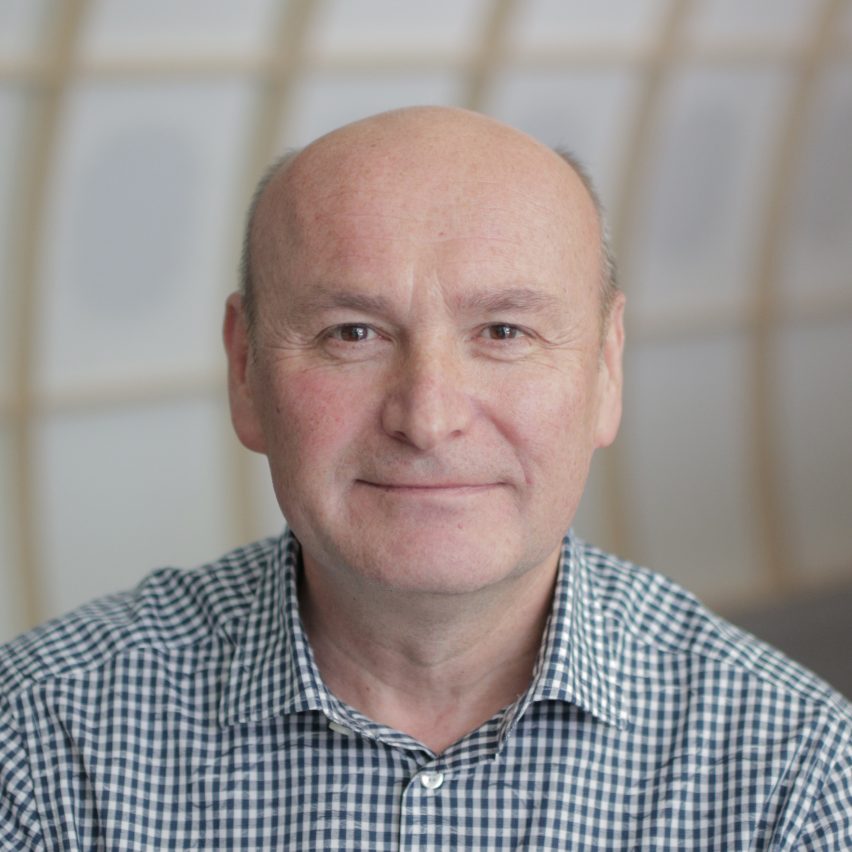 Priestman is chairman of London-based PriestmanGoode, one of the world’s leading transportation design studios. The company has worked on projects including high-speed trains, Hyperloop pods, space-tourism capsules and driverless London Underground trains.

In 2016, he told Dezeen that electric flying vehicles such as passenger drones represented the future of travel.

In a new interview with Dezeen, the designer said that current transport solutions, particularly those based on low-occupancy vehicles, were leading to gridlock.

“Because of the pressures of cars and delivery vans and trucks in cities, the ground level is overcrowded,” he said. “Many cities are completely log-jammed.” 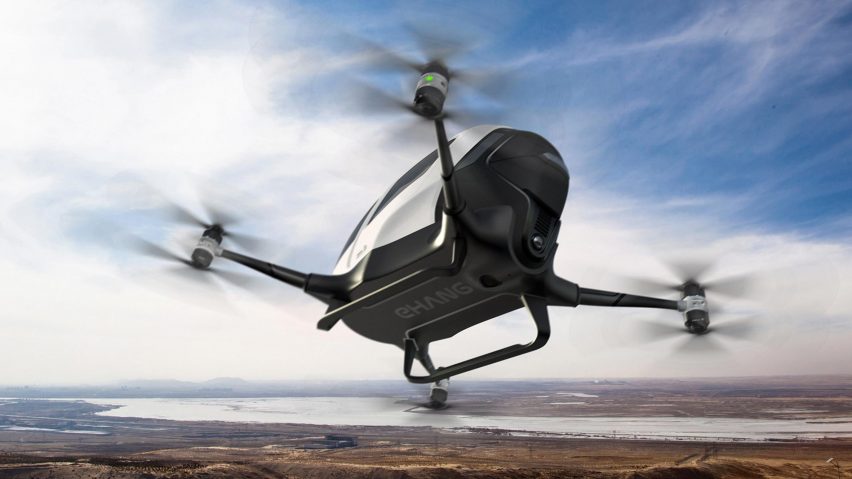 Priestman believes that passenger drones, such as those being developed by Chinese company Ehang, represent the future of travel

His comments put him at odds with Tesla founder Elon Musk, who caused controversy recently when he described mass transport as “a pain in the ass”

However Priestman said that moving people around one at a time is wasteful. “I believe that personal transport in cities has to be reevaluated because [cars are] causing too much pollution and they’re just not efficient anymore.”

His view echoes that of Paris deputy mayor Jean-Louis Missika, who last year told Dezeen that private autonomous vehicles would be banned from the city’s streets to prevent congestion.

“We don’t want to have privately owned vehicles in the city,” Missika said. “They will be forbidden. The idea is not to get rid of all vehicles, but making sure that what we call ‘zombie cars’ [autonomous vehicles with nobody inside] are not driving in Paris.”

Cars will have to be designed for sharing

Priestman said the critical problem facing cities is the “last mile” – getting people from their homes or offices to the relevant mass-transit boarding point.

“Once you can make that seamless journey from home to destination, then you don’t need personal transport in the car form,” said Priestman. “Because there isn’t enough room for individuals to be taking up so much space with a car type vehicle on the ground.”

Car brands need to urgently address this problem, he said. “We need to get the car companies to come on board and really think about this in a different way. There’s a lot of talk about car sharing, but cars aren’t designed to car share. 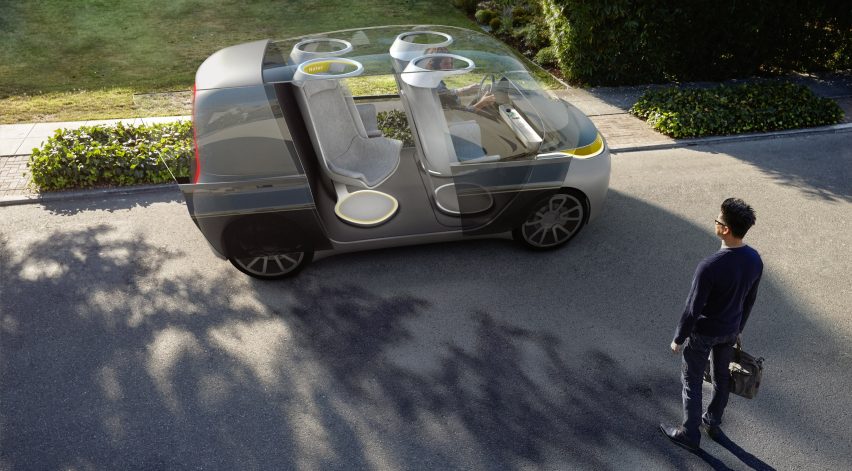 “You get in a car share and you have to sit next to someone on a sofa, which is very unnatural. If we were designing cars and vehicles for sharing, then we’d design them like an aircraft. They would be designed specifically for car sharing.”

But the starting point to the conversation about the future of travel should be whether people need to travel at all, Priestman said.

“The first question is, do you need to travel?” he said. “I think there is a common assumption that people are gonna be travelling more and more. But with the advent of virtual reality, you could ask the question: are people going to travel less?”

“In the virtual environment you can be somewhere else, without actually having to physically go there. Some of the virtual-reality systems we’re using now are quite addictive, and people don’t want to come out of them because they’re really beautiful. You can travel instantly to anywhere on the planet and meet whoever you want instantly.”

Virtual reality will reduce the need to travel

Tourism in particular could increasingly be experienced virtually, with luxury travel and the emerging space travel market particularly suitable to virtualisation.

“You know the ultimate holiday experience of taking a helicopter trip over a coastline or something? You can do that virtually in a drone, where you can look around and do whatever you want, but from your own sitting room,” said Priestman.

“In some of the spaceship developments we’ve been doing, people will go up into space to look out of a window and look down on Earth. Now, why do humans actually need to physically do that, when the technology now enables you to do that instantly sitting from your own kitchen?”

Virtual-reality travel would also lead to a radical change in how physical infrastructure is designed, since people would only experience it remotely, via cameras mounted in drones. This means that vehicles, and even the cities they pass through, do not need the same finesse as real-world objects.

“You don’t actually have to finish the interior of a vehicle correctly,” said Priestman. “You’re in a virtual world. You can sit in a seat and touch things, but they don’t have to be finished. “You can instantly change your interior from a luxury to a non-luxury, or change the colours, but it’s not actually there.”

“So I could a the future of cities that perhaps don’t have to be designed because it’s all virtual. Why do buildings have to look beautiful when everyone’s in a virtual world?”

Driverless delivery vehicles could be floated into cities

Rivers in cities are an under-utilised resource that could help free up space at ground level, Priestman said. His firm has developed a concept for barges that carry dozens of small autonomous delivery vehicles, which could be released onto the streets once the vessel has docked.

“With over-congested cities we have to look at other ways of utilising space. One of the things we have been looking at is reusing rivers in cities, because most cities are built on rivers.”

“One concept we’ve been looking at is the use of a barge with lots of little delivery vehicles on it. It docks and then these little vehicles go off into the city delivering, and then come back to the barge, and then the barge goes out of the city again. So we’re taking off the pressure of large vehicles on the streets.”

Begin typing your search above and press return to search. Press Esc to cancel.